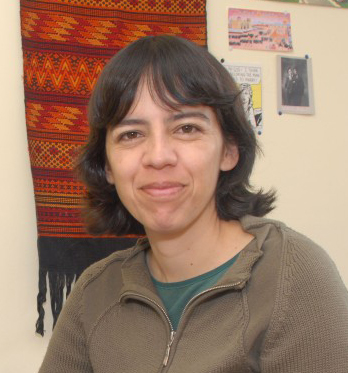 Affiliated with the Department of Population Studies at El Colegio de la Frontera Norte, Ietza Bojorquez Chapela is a general practitioner with a Master’s in public health and a PhD in Epidemiology. She develops research focused on social epidemiology in mental health issues (eating disorders, depression and addictions) and health practices (diet and physical activity). She has worked in the field of health promotion in indigenous areas.

From 2007 to 2010 she was director of the area for Operations Research at the Department of Epidemiology (DGE) for the Health Ministry of Mexico. She is currently a researcher for the Department of Population Studies at El Colegio de la Frontera Norte, where she has directed the following projects: “Dietary practices, eating disorders and obesity in the context of migration,” “Mental health and associated factors in people deported across the international border in Baja California,” and “Pilot research into intervention via cell phone to promote mental health in deported Mexican migrants,” among others.