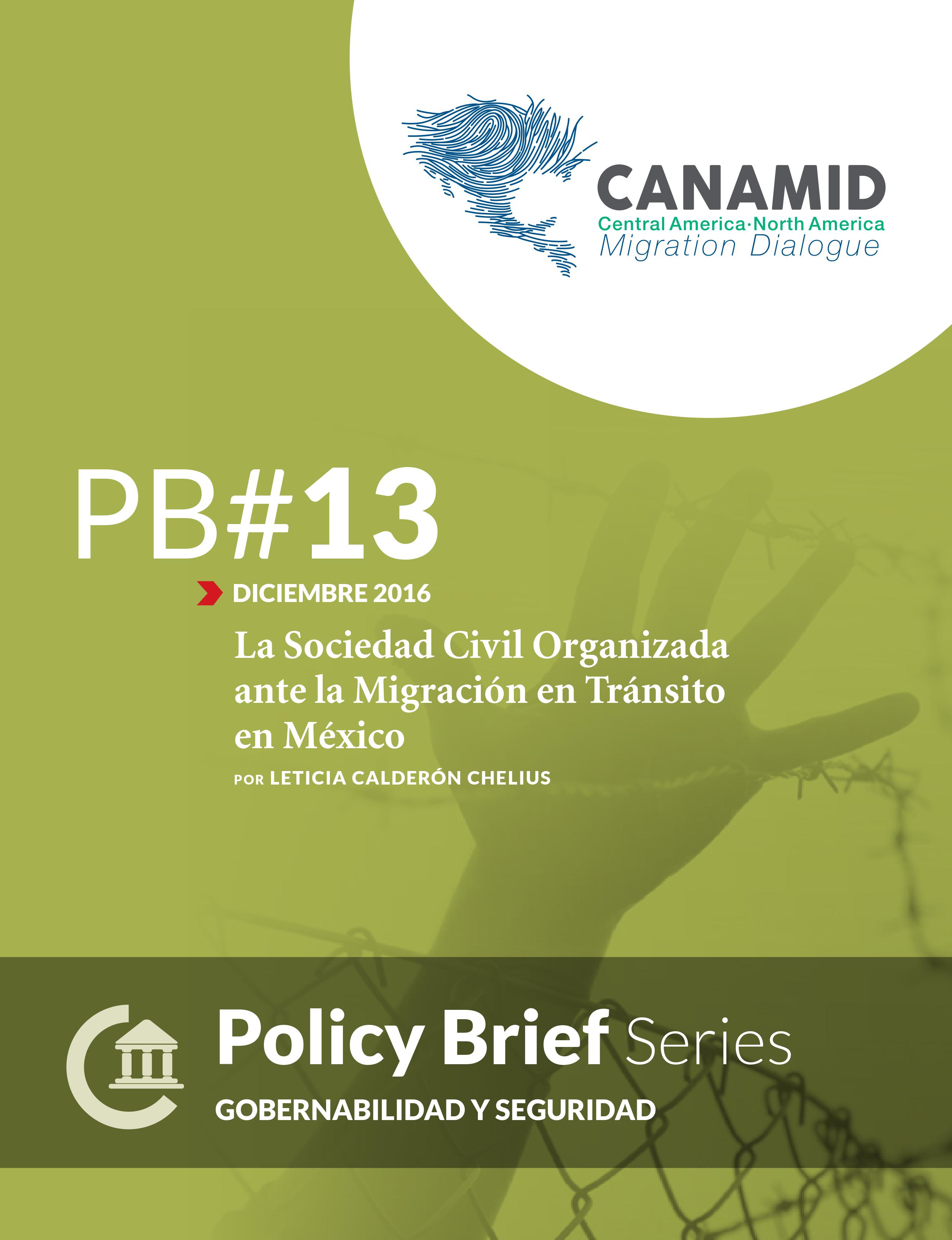 Over the last two decades transit migration flows through Mexico, mainly of Central American migrants, have grown substantially. This phenomenon has created a wide solidarity response in civil society in Mexico involving different activist groups such as NGOs or religious groups as well as individual volunteers; legal experts, professionals, academics and lay citizens. They together represent a rich rainbow of activities and causes that have actually conformed the new migration agenda in Mexico. This Policy Brief synthesizes the key contributions from these Mexican civil society groups to the protection of immigrant human rights in Mexico. Beyond their incidence in migration policy, these civil society groups offer an extremely valuable humanitarian service to transit migrants in Mexico, bridging the wide gaps in official protection and assistance that the State is not providing. Their speed in reacting to events and organizing civic response is well beyond the capacity of other sectors traditionally dealing with migration in Mexico, namely civil servants, public institutions, the media and the academic sector. This extraordinary response in civil society cannot be understood in isolation. It must be interpreted in a context of extreme violence against transit migrants, a rise in internal migration and the return of hundreds of thousands of Mexicans from the U.S. Despite of the perils and difficulties associated to the situations in which these groups operate, the example of solidarity, braveness and ability to response very quickly to crises that these groups have demonstrated once and again, is extraordinary in the Mexican political context. Beyond the individual groups achievements, they have primarily built solidarity networks and cross-sectional teams to lobby the government and manage to give visibility to the vulnerability and problematic situation of transit migrants in Mexico. Without their solidarity and decisiveness, without doubt, the social and political situation with respect to migrants in Mexico today would have been much more difficult.