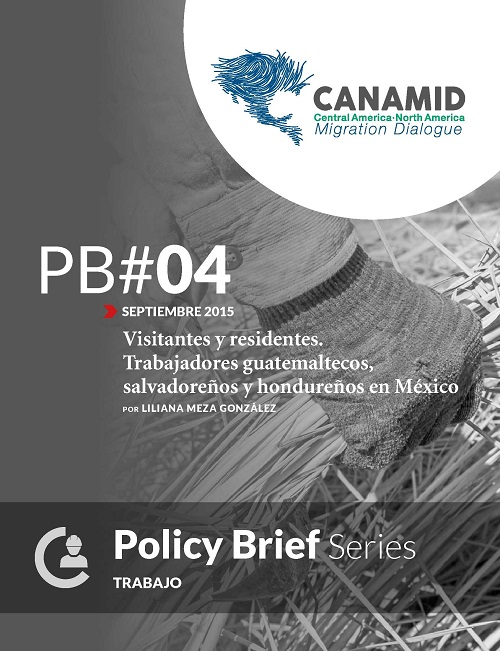 The labor status of Central American migrants is characterized by precarious work. This applies to both Guatemalans with temporary work permits who return to their country after a stay in Mexico as well as Guatemalans, Salvadorans and Hondurans living permanently in Mexico. In the case of Guatemalans who migrate to Mexico on a temporary basis, the profile is young men from rural areas with minimal formal education who work in the agricultural sector. In the case of residents, greater diversity is found: Guatemalan women, who outnumber their male counterparts and have higher economic aspirations, work in the service industry and are mainly located in the southern Mexican state of Chiapas. Salvadorans, who are better educated, are found in the commercial sector including management positions throughout the country. Honduran workers have low educational backgrounds and are found in the commercial and service sector for the most part in Chiapas. This report is based on Mexico’s Southern Border Migration Survey (Emif Sur) 2004-2013 (Encuesta sobre Migración en la Frontera Sur de México) and the housing and population censuses from 2000 and 2010.