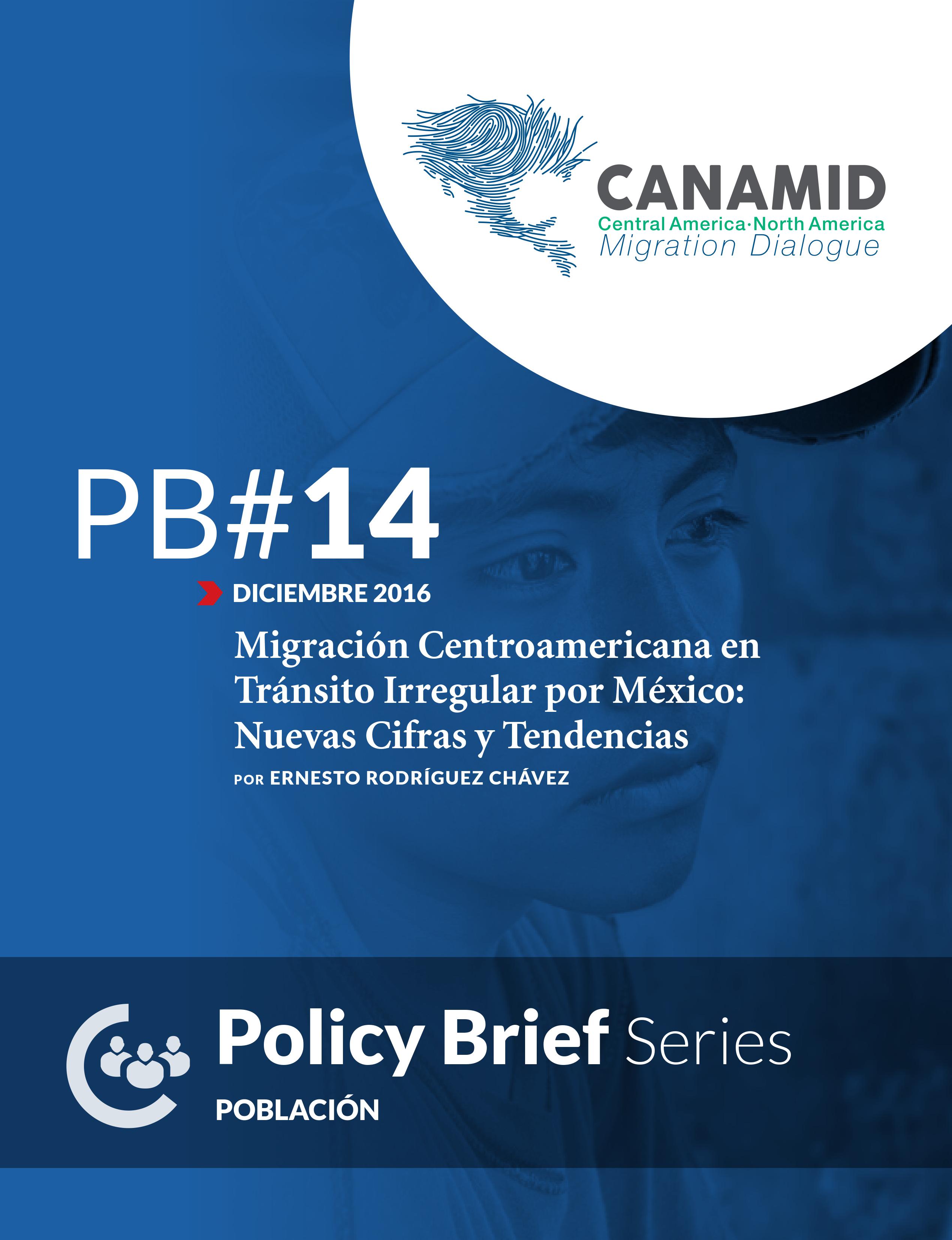 The number of irregular Central American migrants in transit through Mexico to the United States, mainly from Guatemala, Honduras and El Salvador - the Northern Triangle of Central America (NTCA) - has risen considerably over the past three years, totaling approximately 392,000 in 2014, just under the record set in 2005. The current flow almost tripled its annual average between 2008 and 2011, fluctuating around 135,000 migrants a year.

Two major changes can be observed in the flow of Central American migrants passing through Mexico between 2013 and 2015: The unprecedented participation of minors, both accompanied and unaccompanied, mostly adolescents; and the increasing numbers of women. The past five years have shown that although Guatemalans constitute the largest group of Central Americans apprehended while trying to cross the U.S. border from Mexico, their proportions have declined due to the growing share of Salvadorans and Hondurans.

The variety of routes and the short time it takes Central American migrants to cross Mexico make it difficult to measure the volume and characteristics of the flows, essential for decision-making in migration policy and management, as well as for the assistance and humanitarian aid that government and social organizations can provide to these people.